TAKE YOUR GAME to the NEXT LEVEL with

Beach doubles is now an NCAA sport and a great opportunity to cross-train for the indoor game.

Olympic Head Coach and Gold Medalist Karch Kiraly recommends beach for all players. According to Karch, "It's easier to take your outdoor skills into the gym than bring your indoor skills outside. Simple reason. Beach forces you to have all the skills! That's why I think every player should play beach. Learning those skills will help improve a player's indoor performance."

The coaching staff at Believe Beach will focus on the technical training aspect of the game so your athlete will gain knowledge and experience in performing the necessary skills and strategies of doubles volleyball. We train in both the sand and grass.  We also offer conditioning sessions that will develop the level of fitness required to increase speed, agility, and vertical jump for both the indoor and outdoor game.

Practices will begin in June. We are also offering a 5 week session "Princess of the Beach" league facilitated by Eden Volleyball on Wednesday nights.

*All dates are subject to change due to local/state/USAV/AAU COVID updates.

Register by May 7th for a FREE registration gift!

This is a separate program that you can participate in whether or not you are signed up for the full Believe Beach program.

Believe Beach Conditioning Camp will be individual training – you will not need a partner to condition!  Additionally, you do not need to be signed up for our Believe Beach Camp program to come participate.
We are offering this to everyone so that athletes can prepare for either their high school, their collegiate, or doubles seasons!

*ALL DATES ARE SUBJECT TO CHANGE AS USAV/RMR/STATE GUIDELINES ADJUST
For questions please contact beach@believevolleyball.com 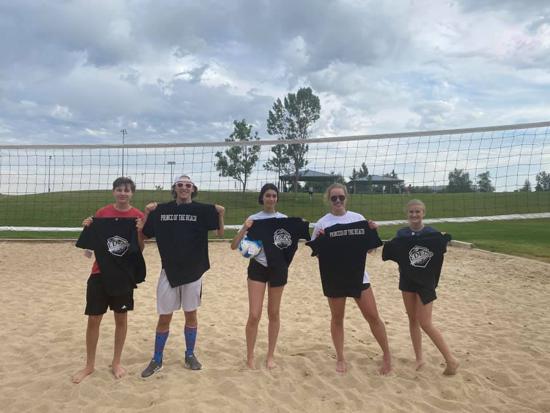 "Princess/Prince of the Beach" style are volleyball doubles competitive sessions of rotating pairs. Individual players sign up to play and will compete with different partners.  Individuals will accumulate points with each partner during each competitive session, and individuals will keep adding to their points as they play with different partners. The individual with the most points at the end of the camp session would be the "princess/prince" and every player after that would be ranked according to quantity of points.

League camp consists of 80 minute camp groups*
5 weeks (+1 bonus week if no rain outs) competing in sand and/or grass volleyball "Princess/Prince of the Beach" style competitive sessions. Single players will rotate and play with different doubles partners in competitive sessions. Players that accumulate the most points during each camp group will be ranked top to bottom. Players will set up and play on their designated nets for the entire camp time that evening.

Two league groups will be every Wednesday at Dove Valley Regional Park - 5-6:30pm and 6:30-8pm. Players will be assigned to one of those groups, and player group times will change for players each week.

Spots in this league camp will be limited. 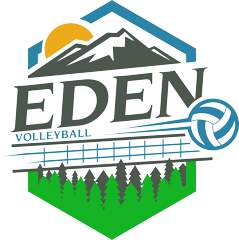 Boys and Girls Divisions in age groups 12U, 14U, 16U, 18U*
An AAU Membership is REQUIRED to participate in this tournament (found here).